6 quick sketches of the impact meteor that were made before the final version.

The final result is a combination of shapes from the above. 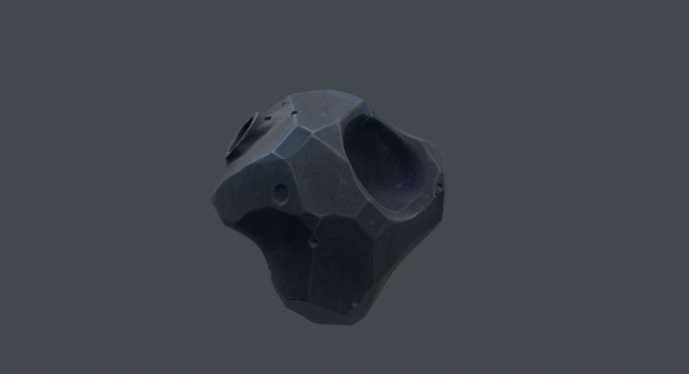 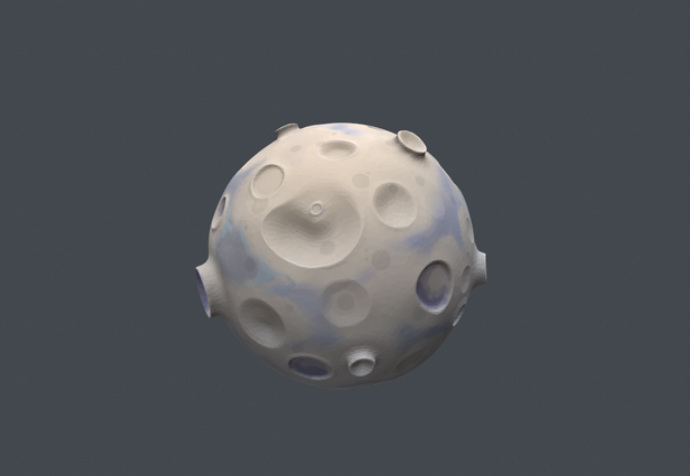 In this final version of the moon I spend
a lot of time exaggerating the craters and tried to make it look interesting from all angles.

During the making of these mountains I especially payed attention to the large shapes and silhouettes.
More of these were made, but they did not end up in the final movie.
The one on the left was textured by Tobias, the others by myself. 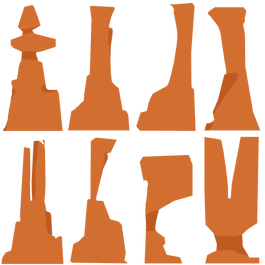 These mountains were used to fill up the empty horizons in the day scenes, they did not all end up in the final movie.
Later on Elwin also made some of these to replace the ones that didn't work.

These clouds were initially painted to be used on top of a skydome, but later on we used another approach for this. They ended up serving as an influence on the look of the final clouds.

It was quite challenging to make this spacedome because the scenes that it was used in had large camera movements so it needed to look good and non-repeating from all angles.